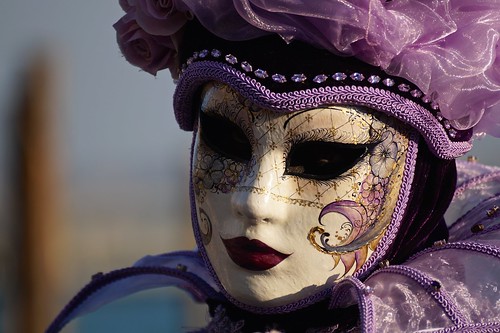 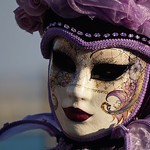 Vampire: The Masquerade – Bloodlines is a 2004 action role-playing video game developed by Troika Games and released by Activision for Microsoft Windows. Set in White Wolf Publishing's World of Darkness, the game is based on White Wolf's role-playing game Vampire: The Masquerade and follows either a male or female character who is killed and subsequently revived as a fledgling vampire. The game depicts the fledgling's journey through 21st-century Los Angeles to uncover the truth behind a recently discovered relic that heralds the end of all vampires.

Bloodlines is presented from first- and third-person perspectives. The player assigns their character to one of several vampire clans—each with unique powers, customize their combat and dialog abilities and progress through Bloodlines with violent and nonviolent methods. The selection of clan affects how the player is perceived in the game world, and which powers and abilities they possess; this opens up different avenues of exploration and methods of interacting with or manipulating other characters. The player is able to complete side missions away from the primary storyline by moving freely between the available hubs: Santa Monica, Hollywood, downtown Los Angeles, and Chinatown.

Troika's 32-member team began development of Bloodlines in November 2001, as an indirect sequel to the previous year's Vampire: The Masquerade – Redemption. Troika used Valve Corporation's Source game engine, then-in-development, which was being used for Valve's own Half-Life 2. The game's production was turbulent, as the design's scope exceeded the available resources, and the team were left without a producer for nearly a year until Activision appointed David Mullich to the role, where he found designs and levels unfinished or abandoned. After three years in development with no end in sight and running over budget, Activision set a strict deadline for completion, and Bloodlines was released incomplete on November 16, 2004.

Released in competition with Half-Life 2 and several other titles, Bloodlines sold fewer than 80,000 copies during its initial release, which was considered a poor performance. It divided critics at the time; although they praised the game's writing and scale of choice, they criticized its technical flaws. It was Troika Games' last production before its failure in early 2005, when it was unable to secure additional projects. The game has a cult following as a rarely replicated example of gameplay and narrative, and contemporary criticism has recognised it as a flawed masterpiece. As of 2014, Bloodlines had received ten years of post-release support from its fans, who have supplied fixes and restored lost and deleted content.