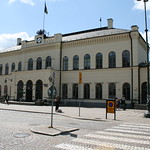 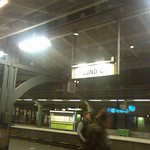 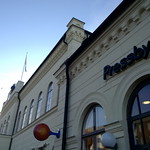 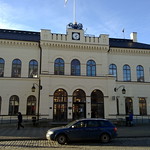 Lund Central Station, (Swedish: Lunds centralstation) or Lund C is the main railway station of Lund, Sweden. It is located on the Southern Main Line and the West Coast Line.

As of 2007 it is connected by railway to Kävlinge (Helsingborg, Gothenburg), Eslöv (Kristianstad, Kalmar, Stockholm) and Malmö (Copenhagen, Helsingør). There were previously direct railway connections to Bjärred, Trelleborg and Harlösa.

The station building was built in the 1850s. An expansion during 1872-1875 was drawn by Adolf Wilhelm Edelsvärd and another expansion 1923-1926 was drawn by Folke Zettervall.