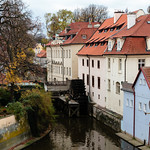 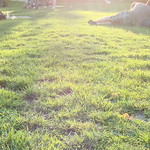 Kampa (also Na Kampě) is an island in the Vltava river in central Prague on the side of Malá Strana. Charles Bridge crosses its northern tip and is connected to the island by the street Ulice na Kampě. It is separated from Malá Strana by a narrow artificial channel to the west called the Devil's Stream (Čertovka), a waterway dug to power water mills (no longer existent). It is supposedly named after a sharp-tongued woman who lived in a local home called the Seven Devils.

The area was named in the 17th century as the campus ("field") by Spanish soldiers who tented here during the Battle of White Mountain.