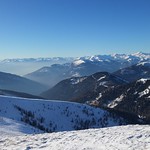 Nuremberg Castle (German: Nürnberger Burg) is a historical building on a sandstone rock in the north of the historical city of Nuremberg in Bavaria, Germany. It comprises three sections: the Imperial castle (Kaiserburg), some buildings of the Burgraves of Nuremberg (Burggrafenburg), and the municipal buildings of the Imperial City at the eastern site (Reichsstädtische Bauten). The castle, together with the city walls, is considered to be one of Europe's most formidable medieval fortifications.