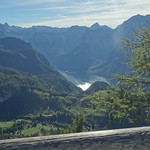 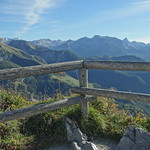 Frank Arthur "Bones" Jenner (surname often misspelled Genor; 2 November 1903 – 8 May 1977) was an Australian evangelist. His signature approach to evangelism was to ask people on George Street, Sydney, "If you died within 24 hours, where would you be in eternity? Heaven or hell?" Born and raised in England, he contracted African trypanosomiasis at the age of twelve and suffered from narcolepsy for the rest of his life. After some time, he joined the Royal Navy, but deserted in New York and joined the United States Navy. When he was 24, he deserted again while in Australia. He subsequently worked for the Royal Australian Navy until he bought his way out in 1937.

That year, Jenner encountered a group of men from the Glanton Exclusive Brethren who were engaging in open-air preaching, and he converted to Christianity. For 28 years, from his initial conversion until his debility from Parkinson's disease, Jenner engaged in personal evangelism, probably speaking with more than 100,000 people in total. One person who became a Christian after encountering Jenner's question was Noel Stanton, who went on to found the Jesus Army in 1969.

In 1952, the Reverend Francis Dixon of Lansdowne Baptist Church in Bournemouth, England, began hearing several testimonies from people who became Christians after Jenner accosted them on George Street, Sydney. The following year, Dixon met with Jenner in Australia and told him about the people he had met who had become Christians as a result of Jenner's evangelism, and Jenner, then fifty years old, cried because he had not previously known that even one of the people he had talked to had remained a Christian beyond their initial profession of faith.

Jenner died from colorectal cancer in 1977. While he was alive, very few people knew of him, but after he died, stories of his evangelistic activities circulated widely, and elements of some of these stories contradicted others. In 2000, Raymond Wilson published Jenner of George Street: Sydney's Soul-Winning Sailor in an attempt to tell the story of Jenner's life accurately. Nonetheless, conflicting accounts of Jenner's life have continued to propagate, including accounts from Ray Comfort and Ché Ahn in which Jenner is referred to as "Mr. Genor".