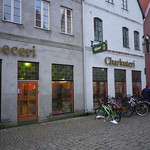 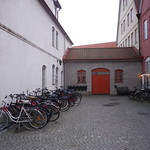 Jakriborg is a housing estate in Hjärup, Staffanstorp Municipality between Malmö and Lund in Scania, southern Sweden.

The area was built from the late 1990s on by the real estate firm Jakri AB and has been growing ever since. Jakri AB was founded by two brothers, Jan Berggren and Krister Berggren. Jan Berggren's project was realised through collaboration with the two architects Robin Manger Architect SAR/MSA and Marcus Axelsson Architect SAR/MSA. The Jakriborg project displays similarities with the contemporary New Urbanism movement and is often compared to the Poundbury project in England built by Prince Charles. It is also a well-known example of traditional and New Classical Architecture.