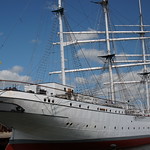 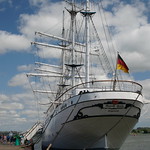 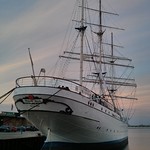 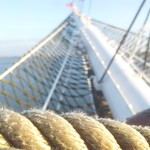 Gorch Fock I (ex Tovarishch, ex Gorch Fock) is a German three-mast barque, the first of a series built as school ships for the German Reichsmarine in 1933. She was taken as war reparations by the Soviet Union after World War II and renamed Tovarishch. After a short period under the Ukrainian flag in the 1990s and a prolonged stay in British ports due to lack of funds for necessary repairs, the ship was acquired by sponsors and sailed to her original home port of Stralsund, where her original name of Gorch Fock was restored on 29 November 2003. She is a museum ship, and extensive repairs were carried out in 2008.

The Federal German government built a replacement training ship, Gorch Fock (1958), which is still in service.