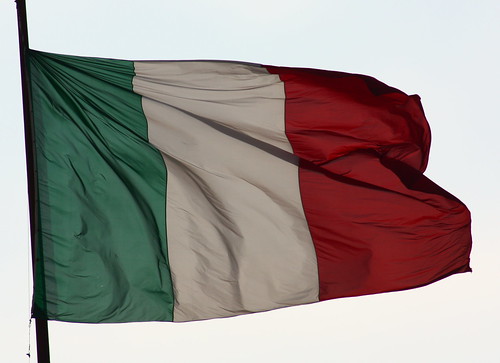 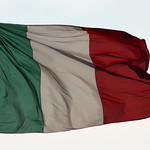 The flag of Italy (bandiera d'Italia, often referred to in Italian as il Tricolore [il trikoˈloːre]) is a tricolour featuring three equally sized vertical pales of green, white, and red, with the green at the hoist side. Its current form has been in use since 19 June 1946 and was formally adopted on 1 January 1948.

The first entity to use the Italian tricolour was the Cisalpine Republic in 1797, which supplanted Milan after Napoleon's victorious army crossed Italy in 1796. The colours chosen by the Cispadane Republic were red and white, which were the colours of the recently conquered flag of Milan; and green, which was the colour of the uniform of the Milanese civic guard. During this time, many small French-proxy republics of Jacobin inspiration supplanted the ancient absolute Italian states and almost all, with variants of colour, used flags characterised by three bands of equal size, clearly inspired by the French model of 1790.