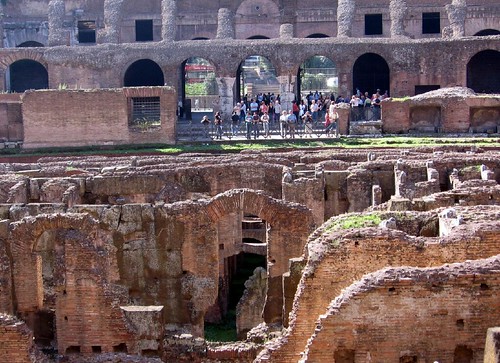 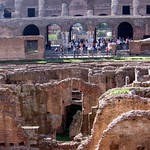 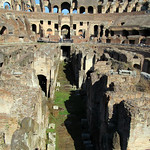 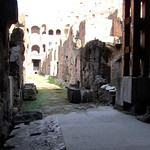 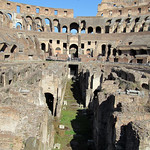 Hypogeum or hypogaeum (plural hypogea) literally means "underground", from Greek hypo (under) and gaia (mother earth or goddess of earth). It usually refers to an underground temple or tomb.

The later Christians built similar underground shrines, crypts and tombs, which they called catacombs. But this was only a difference in name, rather than purpose and rituals, and archeological and historical research shows they were effectively the same. Werner Jacobsen wrote,

Like other ambitious Romans, the bishop-saints of the third and fourth centuries were usually buried in hypogea in the cemeteries outside the walls of their cities; often it was only miracles at their tombs that caused their successors to adopt more up-to-date designs. In Dijon the saint and bishop Benignus (d. c. 274) was buried in a large sarcophagus in a chamber tomb in the Roman cemetery. By the sixth century the tomb had long since fallen into disrepair and was regarded as pagan, even by Bishop Gregory of Langres."

Hypogea will often contain niches for cremated human remains or loculi for buried remains. Occasionally tombs of this type are referred to as built tombs.

Hypogeum can also refer to any antique building or part of building built below ground. A series of tunnels under the Colosseum held slaves and animals while keeping them ready to fight in the gladiatorial games. The animals and slaves could be let up through trapdoors under the sand-covered arena at any time during a fight.