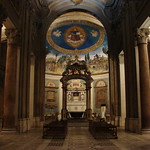 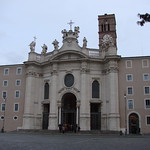 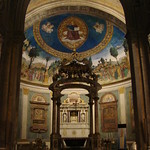 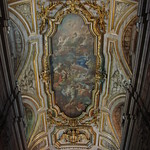 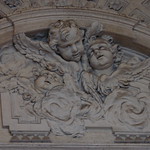 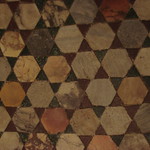 The Basilica of the Holy Cross in Jerusalem (Latin: Basilica Sanctae Crucis in Hierusalem, Italian: Basilica di Santa Croce in Gerusalemme) is a Roman Catholic minor basilica and titular church in rione Esquilino, Rome, Italy. It is one of the Seven Pilgrim Churches of Rome.

According to tradition, the Basilica was consecrated circa 325 to house the relics of the Passion of Jesus Christ brought to Rome from the Holy Land by St. Empress Helena, mother of Roman Emperor Constantine I. At that time, the Basilica's floor was covered with soil from Jerusalem, thus acquiring the title in Hierusalem; it is not dedicated to the Holy Cross which is in Jerusalem, but the Basilica itself is "in Jerusalem" in the sense that a "piece" of Jerusalem was moved to Rome for its foundation. The current Cardinal Priest of the Titulus S. Crucis in Hierusalem is Miloslav Vlk.