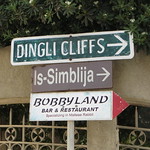 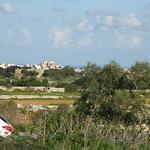 Dingli (Maltese: Ħad-Dingli) is a village in the Northern Region of Malta, with a population of 3,608 as of March 2014. It is 13 kilometres (8 miles) from the capital Valletta and two kilometers (1.2 miles) from the nearest town, Rabat. The village lies on a plateau some 250 metres above sea level, which is one of the highest points of Malta. The area provides not only open sea views over the tiny, uninhabited isle of Filfla, but is also a good vantage point over Malta. From the cliffs there are also views of the nearby Buskett Gardens and Verdala Palace.