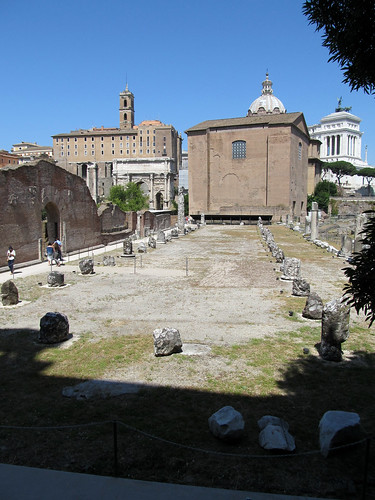 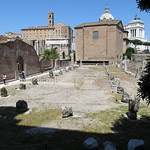 Curia Julia (Latin: Curia Iulia, Italian: Curia Iulia) is the third named Curia, or Senate House, in the ancient city of Rome. It was built in 44 BC when Julius Caesar replaced Faustus Cornelius Sulla’s reconstructed Curia Cornelia, which itself had replaced the Curia Hostilia. Caesar did this in order to redesign both spaces within the Comitium and Forum Romanum. The alterations within the Comitium reduced the prominence of the senate and cleared the original space. The work, however, was interrupted by Caesar's assassination at the Theatre of Pompey where the Senate had been meeting temporarily while the work was completed. The project was eventually finished by Caesar’s successor Augustus in 29 BC.

The Curia Julia is one of only a handful of Roman structures to survive to the modern day mostly intact, due to its conversion into the basilica of Sant'Adriano al Foro in the 7th century and several later restorations. However the roof, together with the upper elevations of the side walls and rear façade, are modern. These parts date from the remodelling of the deconsecrated church in the 1930s.