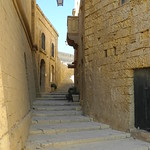 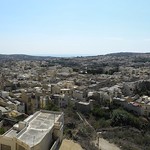 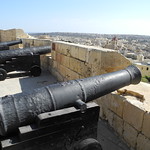 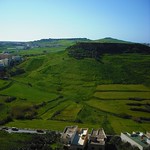 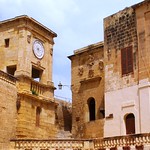 A citadel is the core fortified area of a town or city. It may be a fortress, castle, or fortified center. The term is a diminutive of "city" and thus means "little city", so called because it is a smaller part of the city of which it is the defensive core.

In a fortification with bastions, the citadel is the strongest part of the system, sometimes well inside the outer walls and bastions, but often forming part of the outer wall for the sake of economy. It is positioned to be the last line of defense, should the enemy breach the other components of the fortification system. A citadel is also a term of the third part of a medieval castle, with higher walls than the rest. It was to be the last line of defence before the keep itself.

In various countries, the citadels gained a specific name such as "Kremlin" in Russia or "Alcázar" in the Iberian Peninsula. In European cities, the term "Citadel" and "City Castle" are often used interchangeably. The term "tower" is also used in some cases such as the Tower of London and Jerusalem's Tower of David. However, the Haitian citadel, which is the largest citadel in the Western Hemisphere, is called Citadelle Laferrière or simply the "Citadel" in English.