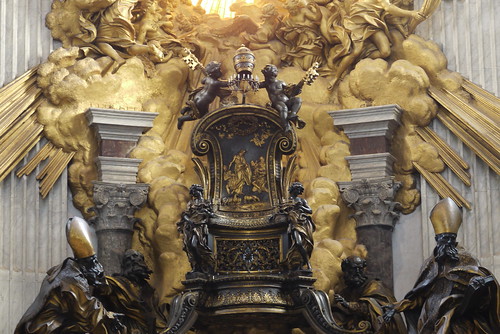 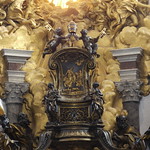 The Chair of Saint Peter (Latin: Cathedra Petri), also known as the Throne of Saint Peter, is a relic conserved in St. Peter's Basilica, enclosed in a sculpted gilt bronze casing that was designed by Gian Lorenzo Bernini and executed between 1647 and 1653.

The name derives from the Latin cathedra meaning chair or throne, which is used to denote the chair or seat of a bishop (hence the term cathedral for the main church in an episcopal see). The cathedra in St. Peter's Basilica was once used by the popes. Inside the Chair is a wooden throne, which, according to tradition, was used by Saint Peter, Prince of Apostles and first Pope. It was, however, actually a gift from Holy Roman Emperor Charles the Bald to Pope John VIII in 875.