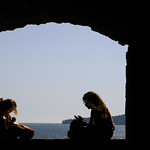 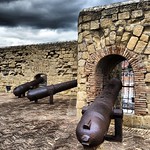 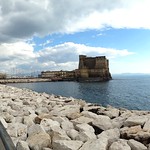 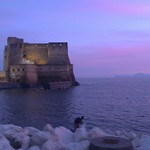 Castel dell'Ovo (in Italian, Egg Castle) is a seaside castle located on the former island of Megaride, now a peninsula, on the Gulf of Naples in Italy. The castle's name comes from a legend about the Roman poet Virgil, who had a reputation in medieval times as a great sorcerer and predictor of the future. In the legend, Virgil put a magical egg into the foundations to support the fortifications. Had this egg been broken, the castle would have been destroyed and a series of disastrous events would have involved the city of Naples. The castle is located between the districts of San Ferdinando and Chiaia, opposite the zone of Mergellina.