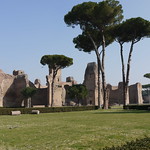 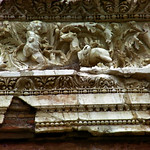 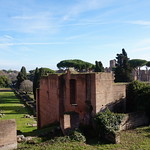 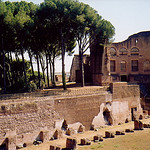 The Baths of Caracalla (Italian: Terme di Caracalla) in Rome, Italy, were the second largest Roman public baths, or thermae, built in Rome between AD 212 and 217, during the reigns of Septimius Severus and Caracalla. Chris Scarre provides a slightly longer construction period 211–217 AD. They would have had to install over 2,000 tons of material every day for six years in order to complete it in this time. Records show that the idea for the baths were drawn up by Septimius Severus, and merely completed or opened in the lifetime of Caracalla. This would allow for a longer construction timeframe. They are today a tourist attraction.