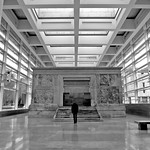 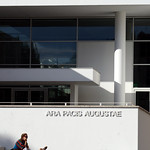 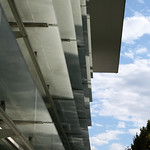 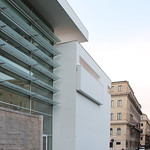 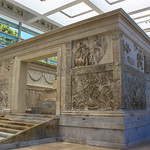 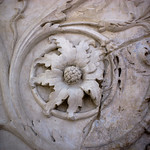 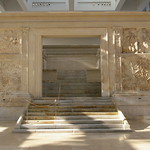 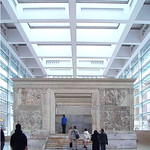 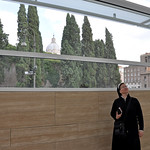 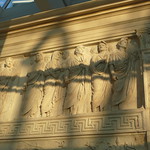 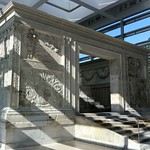 Ara Pacis
Things to see at Ara Pacis:
A bucket list of the top sights at Ara Pacis, ordered by popularity.

The Ara Pacis Augustae (Latin, "Altar of Augustan Peace"; commonly shortened to Ara Pacis) is an altar in Rome dedicated to Pax, the Roman goddess of Peace. The monument was commissioned by the Roman Senate on July 4, 13 BC to honor the return of Augustus to Rome after three years in Hispania and Gaul, and consecrated on January 30, 9 BC. The altar reflects the Augustan vision of Roman civil religion. It consists of a traditional open-air altar at its center surrounded by precinct walls which are pierced on the eastern and western ends by openings. The Ara Pacis is perhaps best known for the decoration on the exterior of the precinct walls composed of two tiers of friezes. On the north and south, the upper register depicts the procession of members of the Imperial household and the larger regime, while on the east and west, panels depict allegorical themes of peace and Roman civic ritual. The lower register of the frieze depicts vegetal work meant to communicate the abundance and prosperity of the Roman Peace (Latin: Pax Augusta). The monument as a whole serves a civic ritual function whilst simultaneous operating as propaganda for Augustus and his regime, easing notions of autocracy and dynastic succession that might otherwise be unpalatable to traditional Roman culture.

The Altar was originally located on the northern outskirts of Rome, a Roman mile from the boundary of the pomerium on the west side of the Via Flaminia. It stood in the northeastern corner of the Campus Martius, the former flood plain of the Tiber River which was developed by Augustus into a complex of monuments. In succeeding centuries, the monument gradually became buried under four meters of silt deposits. Although parts of it were recovered and restored—with limited accuracy—as early as the Renaissance, the vast majority of the Ara Pacis was recovered in the twentieth century. It was reassembled in its current location in 1938.