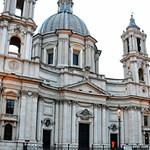 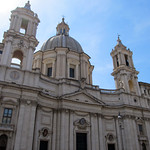 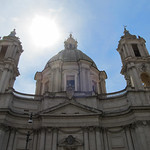 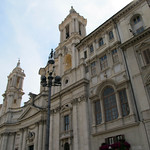 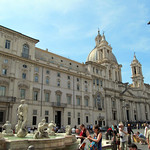 Sant'Agnese in Agone (also called Sant'Agnese in Piazza Navona) is a 17th-century Baroque church in Rome, Italy. It faces onto the Piazza Navona, one of the main urban spaces in the historic centre of the city and the site where the Early Christian Saint Agnes was martyred in the ancient Stadium of Domitian. Construction began in 1652 under the architects Girolamo Rainaldi and his son Carlo Rainaldi. After numerous quarrels, the other main architect involved was Francesco Borromini.

The church is a titular deaconry, with Gerhard Ludwig Müller being the current Cardinal-Deacon.