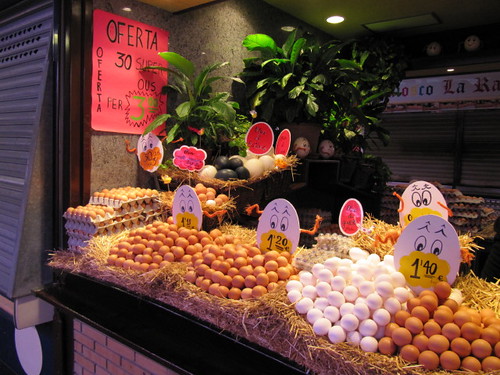 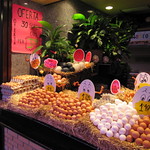 An egg is the organic vessel containing the zygote in which an animal embryo develops until it can survive on its own, at which point the animal hatches. An egg results from fertilization of an ovum. Most arthropods, vertebrates, and mollusks lay eggs, although some do not, such as scorpions and most mammals.

Reptile eggs, bird eggs, and monotreme eggs are laid out of water, and are surrounded by a protective shell, either flexible or inflexible. Eggs laid on land or in nests are usually kept within a favorable temperature range (warm) while the embryo grows. When the embryo is adequately developed it hatches, i.e. breaks out of the egg's shell. Some embryos have a temporary egg tooth with which to crack, pip, or break the eggshell or covering.

Reproductive structures similar to the egg in other kingdoms are termed "spores," or in spermatophytes "seeds," or in gametophytes "egg cells".