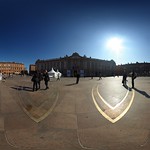 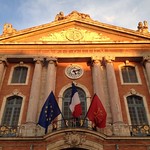 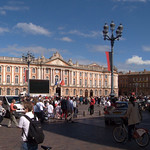 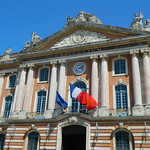 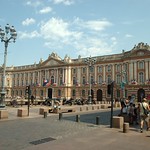 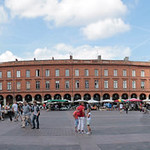 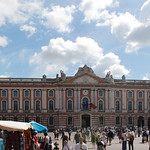 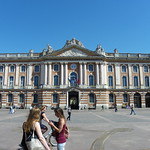 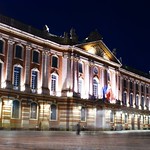 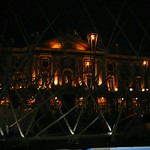 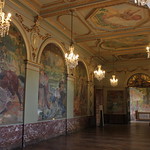 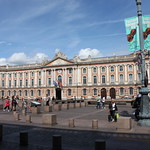 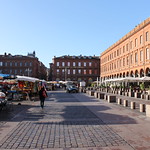 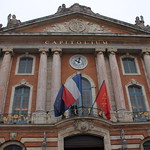 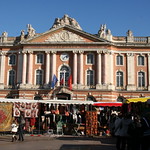 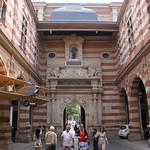 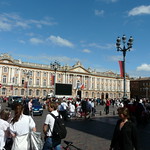 The Capitole (French for "capitol") is the heart of the municipal administration of the French city of Toulouse, the town's hôtel de ville.

The town hall was supposedly located on the spot where St Saturninus was martyred. The bishop was said to have been tied to the legs of a bull, which was driven down the steps of the town's capitol, causing his head to be dashed open.

The Capitouls (governing magistrates) of Toulouse embarked on the construction of the original building in 1190, to provide a seat for the government of a province growing in wealth and influence. The name "Capitole" referred not only to the Roman Capitol but also to the capitulum which was the chapter of the governing magistrates. It was a center of contention during the 1562 Toulouse Riots, with Huguenot forces holding it with captured cannon.

In the 20th century, the structures surrounding the vast (2 hectares) Place du Capitole were redesigned. Some of the interior of the Capitole can be traced back to the 16th century, but the current façade, 135 metres long and built of the characteristic pink brick in Neoclassical style, dates from 1750, built according to plans by Guillaume Cammas. The eight columns represent the original eight capitouls. In 1873, Eugène Viollet-le-Duc built a bell tower typical of the style of northern France on top of the donjon of the building. It was in this donjon that Jean Calas, a Protestant victim of a religiously biased trial, was interrogated. Only the Henri IV courtyard and gate survive from the original medieval buildings. It was in this courtyard that the Duke de Montmorency was decapitated after his rebellion against Cardinal Richelieu. A thorough redesign of the Place du Capitole in 1995 reserved the space for pedestrians. Today the Capitole houses the city hall, as well as the Théâtre du Capitole de Toulouse opera company and a symphony orchestra. The Salle des Illustres contains 19th century works of art.