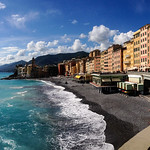 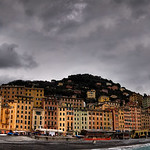 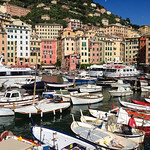 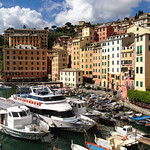 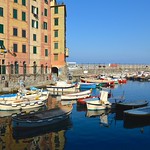 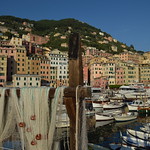 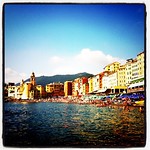 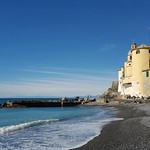 Camogli (Camuggi in Genoese dialect) is a small Italian fishing village and tourist resort located on the west side of the peninsula of Portofino, on the Golfo Paradiso at the Riviera di Levante, in the province of Genoa on the Italian Riviera. As of 31 December 2010 its population was of 5582 inhabitants. The name Camogli is of disputed but ancient origins. Camogli is one of the largest part of the Parco Naturale Regionale di Portofino, and a part of the Portofino Marine Protected Area.